I know itâ€™s been a little while since the last post, but my free time for the blog has been spent working on the Nathan vs. the World project, which I should be able to post for everyone in the near future. Itâ€™s been quite interesting so far. Iâ€™m looking forward to seeing how it works out.

So, letâ€™s get on with todayâ€™s subject: being awesome, or more importantly, living an awesome life. Now, my yellowed, battered copy of Websterâ€™s New World Dictionary

#PaidLink that I got in elementary school and still sits on my shelf even with the advent of great tools such as dictionary.com proffers the following definition:

Granted, today it has come to colloquially mean something great or cool (oddly another colloquialism). So, what does it mean to live an awesome life? There are a couple of possible ways to look at this:

Iâ€™m going to go with the second of the two approaches, as I think pursuing the first is likely to lead down undesirable paths unless closely watched and constantly considered.

Fame is a bee.
It has a song.
It has a sting.
Ah, too, it has a wing.
Emily Dickinson 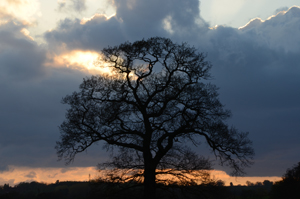 I rather like the idea of seeking after a life filled with awe. Now, Iâ€™m not referring only to the type of awe one feels when standing before a stunning view or under the crimson fire of a beautiful sunset. That type of awe is important, and a life without those awesome moments is a life that is lacking. Instead, Iâ€™m referring to the simple awe that comes from simply contemplating the grandeur and wonder of life itself. Life is a wonderful, amazing thing, and each of us has our own bit of it.

When I was a freshman at BYU, I lived in the dorms. Tacked to my bulletin board was a small 3â€³x5â€³ card that simply said, â€œLife is Goodâ€. This was before the phrase was popularized by the clothing manufacturer of the same name, so it wasnâ€™t a commercial endorsement. Instead it was a constant, daily reminder. If fact, for me, it was just a small bit of a larger statement:

Life is good, for it is a gift from God.

The daily reminder was important to me, and in some ways it assumed a mystical quality over time. I found the more I said it, the more it come true. Really.

I think a big part of this was it was an acknowledgement of the blessings in my life, which were many, so many, in fact, I doubt Iâ€™ve ever or will ever have a full understanding of what they were. Thatâ€™s how it is for each one of usâ€¦ regardless of our station or situation in life, our blessings outweigh our problems. The trick is to find and recognize them.

Perhaps youâ€™ve never heard of Neil Pasricha. Heâ€™s a first-generation Canadian, born of immigrant parents from Kenyan and India. Heâ€™s a blogger who started his blog to deal with tragedy in his life. His wife had just asked for a divorce, followed directly by his best friend committing suicide. As he searched for a way to find his way through the dark clouds surrounding him, he decided he needed to force himself to focus on the positive things in life. Thus, 1000 Awesome Things was born.

I was trying to remind myself of those simple, universal little pleasures that we all love but we just donâ€™t talk about enoughâ€¦.
Neil Pasricha

He started counting his blessings, and slowly other started to read his blog and count their blessings, as well. It grew to the point that it won two 2009 Webby Awards. Clearly, he had touched lives. He related his story at TEDxToronto 2010.

Additionally, Neil has published his lists of â€œthings that make us smileâ€ in several books, most notably The Book of Awesome

#PaidLink and The Book of Even More Awesome

#PaidLink. Counting oneâ€™s blessings is very important, as it fosters an attitude of gratitude.

We can only be said to be alive in those moments when our hearts are conscious of our treasures.
Thornton Wilder

However, one of the most important things to do when counting oneâ€™s blessings, is to become as a little child. A child of three years old is seeing the world for the very first time. 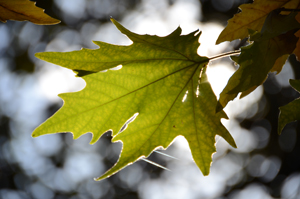 Then we can experience sapere vedere, or knowing how to see. And, what will we see? The glory, majesty and wonder of all the things around us. As a child, I remember looking through a leaf eclipsing the bright sun. The intricate veins running through the leaf were almost magical. They took my imagination on a flight of fancy, enthralling it with the sheer wonder of the thing. Latter, as I grew older and learned more about how the leaf actually worked, some of that awe and wonder were lost as the clinical facts took their place in my mind. Oh, to be able to look at a leaf through the eyes of a child once more. For Neil, when one can accomplish that, one has gained proper attitude, awareness and authenticity.

Once we can see the beauty and wonder in the world around us, we will hopefully begin to see it in each other. Then life will be awesome. Iâ€™ll finish up this article with one more video clip, a rare recording of Viktor Frankl, Holocaust survivor, as he briefly talks about why we need to believe in others:

This article mentions items available on Amazon, and will earn this site a commission.